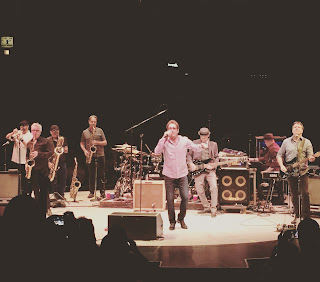 When it comes to slowing down, these guys apparently didn't get the memo.

For the second time in less than 6 months, Huey Lewis & The News were back in the NYC area to treat local fans to another live show. Last time they were here, they performed at the historic St. George Theater in Staten Island. This time around (June 21st) they played in Long Island at the NYCB Theatre. So how'd they do this time? Well let's just say the 2 plus hours sitting in traffic on the Long Island Expressway was totally worth it. 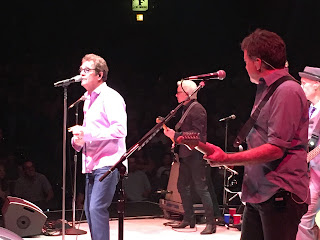 From the moment you heard the "thump thump" heartbeat played in the theatre, we knew we were in for something special. Naturally, the boys came out and got right down to business by opening the show with The Heart Of Rock and Roll. The crowd broke into a frenzy during the opening song. Feeding off of the energy, the band elevated their performance and carried that on throughout the entire show.

There's no surprise that the band went through almost the entire catalog of their greatest hits. Hits like  "I Want A New Drug", "If This Is It", and "Stuck With You" soared through the theatre while the fans joyfully sang along. One minor complaint from me would be that they didn't play "Perfect World". But hey, we can't always get what we want right? 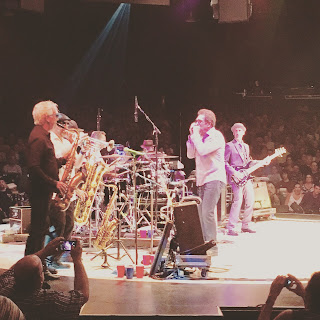 Huey, a true professional at getting the crowd pumped up, would occasionally shout "Are you still with me??" The audience would reply with a boisterous "YEAH!!!" I noticed once they broke into "Heart and Soul", the crowd participation felt like it was at its peak. Most of the crowd was up out of the seat singing along and dancing.

Leading towards the end of the show, they played hits like "Back In Time" and of course "Power Of Love", For the final song, the boys broke out into a full on jam session by playing "Working For A Living". In my opinion, that was the best song to close out the show.

For all the fans, old and new, it truly was a night to remember. This is a band that has been at it for almost 40 years and they're still going strong. Their music has been the soundtrack for my youth, as it was for so many others, And you could see that the fanbase is still loyal after all these years. It was a truly memorable show, and hopefully they'll come back soon! 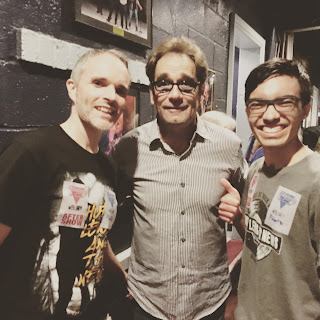