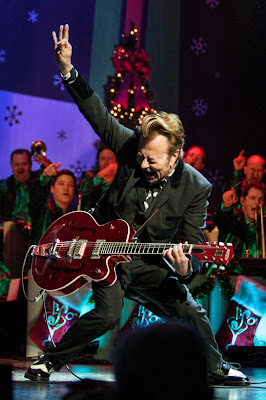 
On November 24th, the holiday season kicked off with a bang as The Brian Setzer Orchestra put on a rocking extravaganza at the Wellmont Theater in Montclair, NJ. This was my first time seeing the BSO live in concert, and oh man am I glad I did!

This night, Brian came with his musical elves and brought some holiday cheer to the NJ crowd. The stage was filled with Christmas trees, lights galore, and even a visit from jolly St Nick himself at the end of the show!

The show began with Andy Williams' "It's the Most Wonderful Time of the Year" playing throughout the theater as the band took the stage. Once the entire band got settled, Brian came out to a thunderous applause and then jumped right into a performance of "Pennsylvania 6-5000". I've always liked BSO's version of this classic hit, but I really enjoyed their live performance much better. It was the perfect song to set the energy of the show. From there on, the audience was treated to a performance filled with holiday classics and well known hits of the BSO through the years. Hard to imagine the BSO has been doing this for 25 years. And yet, they sounded as fresh as ever.

I think most people can agree that Brian is a great guitarist. But hearing him live, you really can see that he is a legend on the guitar. He hasn't lost a step after all these years as he played each track so effortlessly. 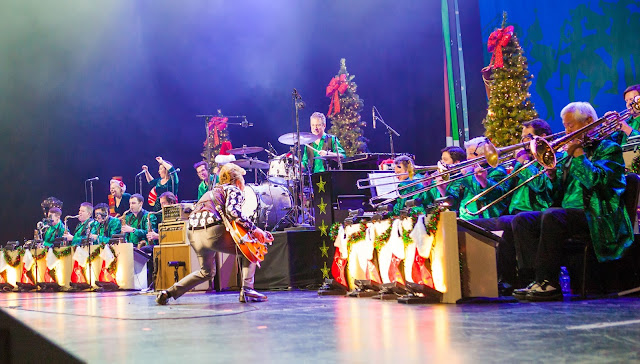 
It's hard to pinpoint my favorite moments during the show, since there were so many. From beginning to end, there wasn't a dull moment. Some concerts you go to, there are moments that you mentally drift off during some of the parts that feel stale. But not this show. I was engaged the entire time. They went through the obvious classics like "Jump, Jive an' Wail!" and "Rock This Town", and even a nice cover of Tom Petty's "Runnin' Down  A Dream", paying homage to Petty, who we lost way too soon. Things got real festive as they jumped into holiday songs like "Gloria in excelsis Deo", "The Christmas Song (Chestnuts Roasting on an Open Fire)", "Nutcracker Suite", and "Jingle Bells"!

Overall, it was a night to remember and a real holiday treat for a NJ crowd that came for some holiday cheer! Definitely try to catch one of their shows during this tour!
at 3:36 PM No comments: Links to this post 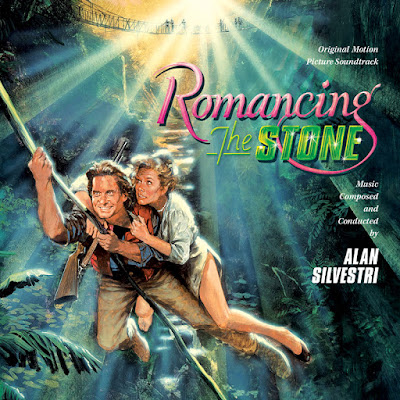 I remember seeing Romancing The Stone on VHS around 1984. Although I was a fairly young kid at the time, I was absolutely amazed by this film. There was a certain charm the film had that really drew me in. It had a little of everything. Adventure! Romance! And who could forget "Pepe, the Mule"!

Fast forward 33 years, and it is still one of my favorite films.

Not only is it one of my favorite films, but it has one of the most memorable, catchy soundtracks ever. Alan Silvestri is a man that needs no introduction. He has composed so many epic movie scores that it's hard to keep up with. But did you know that this was his first major score? You wouldn't think so just listening to it. This soundtrack has got such a snappy, cool, jazzy, and heartwarming feel to it.

Thanks to the fine people at La-La Land Records, we can now revisit this classic score. They've released a limited edition (2000 copies) CD that has all the tracks from this beloved film, and includes an inside cover that makes this a true collectible. One thing I noticed about La-La Land Records is that they don't just put out quality CD releases of some great retro films. They also make sure to include a nice booklet inside the CD case with some more facts about the movie. That makes their CD's much more valuable in my opinion.

It was so great to give this one a listen again, and be taken back to the Jack and Joan's adventure in Columbia.

Overall, this is one gem put out by La-La Land.

HE-MAN AND SHE-RA: A COMPLETE GUIDE TO THE CLASSIC ANIMATED ADVENTURES 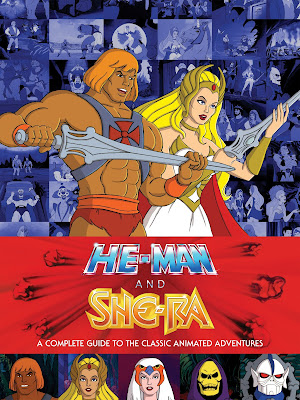 In no particular order, those 3 cartoons basically defined my childhood. There were so many more that I loved as a kid. But for me, these were the holy trinity.

Whenever He-Man came on, I remember dropping whatever I was doing and running to the TV. Having the action figures and playsets made the experience that much more fun. After all these years, I'm not ashamed to admit that I am still a huge fan!

Lately, there’s been a surge of interest for anything He-Man related. There’s even a He-Man movie that was greenlighted to be released in 2019! Nostalgia is one hell of a drug.

What a wonderful time it is for fans of this classic show. There are collectibles, comics, and books coming out quite frequently to satisfy the average MOTU fanatic.

Speaking of He-Man books. Dark Horse has published a comprehensive guide to the series called He-Man and She-Ra: A Complete Guide to the Classic Animated Adventures. To put it bluntly, this book is NOT to be missed. My brain just about exploded on how detailed it went to recap the episodes of the show! This is a true fan’s dream! There is so much in this book to devour. At first it’s overwhelming due to the massive amount of info packed into this collectible hardcover book. But if you grew up watching this show, then you owe it to yourself to get this. Flip it open and you are immediately drawn into the world MOTU. Overall, I can’t highlight enough how cool this book is. It’s like stumbling across a book hidden in Castle Greyskull that holds all the secrets of the kingdom, if Eternia was real.

Now excuse me while I go back and read some more facts about one of the best cartoons to ever hit TV.
at 1:11 PM No comments: Links to this post

Billy Ocean - Here You Are: The Music of My Life 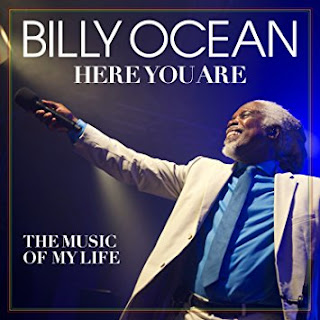 Any person who was able to live through the 80's must be familiar with the legend known as Billy Ocean. I'm very aware that I just used the word 'legend'. And that is one word I don't throw around lightly. If you go back and listen to his catalog of songs that spanned over decades, you'll know why I referred to Billy as a legend. His voice is golden, and as a person, he is genuinely nice. I say that, because I had the chance to meet him after one of his performances this year. To me, the guy is a pure class act. And his music is timeless.

During his performance, he mentioned the latest album that he released called Here You Are: The Music of My Life. That peaked my interest and I knew that I had to give this one a listen.

This album is a bit of a mixed bag. Part of it acts as a "greatest hits", and the rest of the album are covers of well known songs that influenced Billy throughout his life. Being the classy guy he is, Billy treated these classic tracks with respect, all the while adding his own personal touch to each one. Take "No Woman No Cry" for example. Billy's version is a smooth, soulful take on this Bob Marley classic. He really nailed this particular track. Another standout is Billy's cover of Frank Sinatra's "It Was a Very Good Year". Doing a cover of any Sinatra song is pretty bold, but Billy really held his own on this one. The other songs are a real joy to listen to for any fan of Billy's, or anyone that just wants to hear a modern take on classic hits.

Overall, this album was a very satisfying listen. As a big fan of Billy's, I was so glad to hear some new material. And I hope to hear more to come from him in the years ahead!
at 1:20 PM No comments: Links to this post