Wanna hear an album that you can't put in a specific genre? Check out Sufjan Stevens' "Illinois" CD. Is it alternative? Is it folk? Is it rock? No matter what style you are into, you should find something you like on here. The style is real eclectic, which I really appreciate as a break from every copycat musician that's out there.

While listening to the album, I heard songs that had me feeling like I was floating in the clouds, in a coffee shop, at a Broadway musical, or fishing by a river. His vocals on the songs are laid back, which work well with the funky background music. With tracks that have titles like "Concerning The UFO Sighting Near Highland, Illinois" or "The Predatory Wasp Of The Palisades Is Out To Get Us!", you can't help but be curious about this guy.

It's a great album that pays homage to the state of Illinois. Keep your eye on Sufjan. He's embarking on a project to make an album for each of the 50 U.S. States! I'm hoping New Jersey comes soon.
at 3:30 PM 5 comments: Links to this post 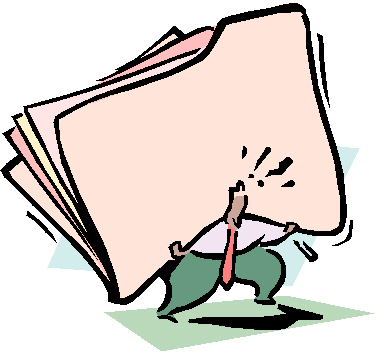 Sometimes hearing talks about God having a "plan" for your life gives me the same feeling as sitting with an investment banker going over a financial portfolio. It's like we've made Jesus into a guy that has great ideas on what stocks you should be investing in and what career you should be pursuing, and if you're not moving up the corporate ladder of Christianity, then you need to get with the program! That's not the Jesus I know. The Jesus I know accepts sinners and loves them day in and day out, whether they "get better" or not. No wonder so many Christians run around like chickens with their heads cut off trying to figure God's "plan" for their life. So we obsess over this "plan" and live in constant anxiety if we're not living in the "plan" set up for us. Isn't it enough of a "plan" to find out that Christ loves you unconditionally, and rest in that fact day after day?
at 3:18 PM 4 comments: Links to this post

Hi! Let me introduce you to my big mouth. Let's call him "Fattie". "Fattie" has a problem of saying too many things that are unnecessary. An example is someone sharing with me a problem they're going through, and "Fattie" starts giving a "diagnosis" why they are having a problem, and then "Fattie" gives a prescription to "fix" the problem. The problem is that "Fattie" could have just offered silence, instead of spewing out lame-ass advice when it's not even asked for. Jesus said something about us being the salt of the earth. A beautiful analogy, don't you think? To think that we would give flavor to a world that needs hope. But instead I sometimes come off more like salt on a wound. Forgive me if I ever did that to you. If you needed someone to lend an ear, but instead got a mouthful of "advice" shoved down your throat.
at 2:57 PM 7 comments: Links to this post

So I was driving to work today and I decided to tune in to one of the dance stations I have programmed on my car radio. Here in the NYC area, we have 2 dance stations, KTU (which plays new and old dance mixes) and Mix 102.7 (which plays mostly classic dance mixes). So I’m driving and I go to KTU, and I hear those familiar words being sung:

Yeah! I can groove to the Bee-Gee’s while driving. So the song ends and I jump over to Mix 102.7 and what do I hear?

A-ha! Even better the second time around! Now my mind starts going from one thing to the next. I’m only 28, so I never had the privilege of going through the 70’s disco era. So during my time of going clubbing, the voices that echoed in the dance clubs where Notorious B.I.G., Tupac, Puff Daddy, Ma$e, and most techno songs from the late 90’s, instead of the Bee-Gees, Blondie, Gloria Gaynor, etc. So I’ve always wondered what it would have been like. But there was 1 time I got to experience what it would have been like. Let me introduce you to a place called Polly Esthers. If you’re not familiar, Polly Esthers is a chain of retro dance clubs that play 70’s and 80’s music. There are some in NYC, Washington DC, Denver, and a few other places across the country. Anyway, during our first year of marriage, when we lived in the DC area, my wife Mica and I decided to go to Polly Esthers one Saturday night. So we get there, pay at the door, and we walk in. Now the one in DC has 2 levels. The bottom floor is all 80’s music. So you are greeted when you first walk in by the sounds of A-Ha, Tears for Fears, Prince, Bananarama, Huey Lewis, and so on. At the bar there are drinks like Purple Rain, The Ghostbuster, and Back To The Future. We hang out there for a while and I ask my wife to go upstairs. So we go upstairs and while we’re walking up, I can hear the song playing getting louder and louder. It’s “Disco Inferno”! And we walk in and what do I see? Charlie’s Angels lunchboxes displayed above the bar! Saturday Night Fever posters! Starsky and Hutch! Pictures from the movie Grease along the wall! This was awesome!! So now I got a taste of what it was like in the 70’s.

What is the point of all this? I have no freaking idea. It was just a good memory I had and it made me smile. Maybe you had a memory like that too. I think that’s an awesome thing how these memories just pop in our head, and can change how we’re feeling at that moment.

Now get on your platforms and start dancing!
at 8:35 AM 3 comments: Links to this post

I just finished reading John Eldredge's book "Epic". If you're familiar with and enjoyed Wild At Heart, then you'll enjoy this. This book is not long, it's only 104 pages, but that doesn't mean it's not good. In this book, he explains the Gospel using epic stories that we all are familiar with (Lord Of The Rings, Star Wars, Braveheart, Titanic, The Matrix, and so on).

Basically the theme of the story is, why do we connect so much most stories we read and the movies we watch? Because they all are shadows of the Story of real life that we are in, with God as the Author. We have eternity written on our hearts. As Eldredge points out, notice how most stories have a common theme. In the beginning things are well, something happens later where things go wrong and there's a need of redemption, and then there's someone who plays the hero to come to the rescue at the end. And so it's the same in our life. First there was Eden, then the fall, then Jesus came to rescue us.

It's the type of book that will move you to start seeing God in unfamiliar places, and give a new appreciation for the stories we read, as well as the Story we are living ourselves. It's well written, and it will challenge those used to a silly, insipid version of Christianity. Eldredge says in the book about answering life's questions, "Christianity claims to do that for us. Not the Christianity of proper church attendance and good manners. Not the Christianity of holier-than-thou self-righteousness and dogmatism. Not another religion, thank God. That is not Christianity. Oh I know it's what most people, including the majority of Christians, think Christianity is all about. They are wrong. There is more. A lot more. And that more is what most of us have been longing for most of our lives. A Story. An Epic. Something hidden in the ancient past. Something dangerous now unfolding. Something waiting in the future for us to discover."

I put a post last month about driving on the road and flipping through the radio stations in the car. While flipping through the stations, I've noticed what the most played songs are on Top 40 radio and Contemporary Christian Radio. Here are the top 5 songs played for each station:

What's with the takeover by the American Idol girls?
at 7:31 AM 5 comments: Links to this post

Ever wonder if all of our "breakthrough ideas" or thoughts are really just thoughts that have been recycled throughout the course of human history? For example, could the thoughts that I post here be the same exact thoughts that some dude in England got 500 years ago, and the same that some dude in Greece got 500 years before that. It's only that after that person had those ideas, they were either buried and forgotten for a long time, only to be thought of by some other person in the future. The only difference is that one never shared his or her idea, and the other did? (Whoa, I'm starting to sound like I'm writing a script for Quantum Leap.)

Do we really think that our ideas are so revolutionary? So life changing, that all of a sudden we write a book on "10 steps how to (fill in the blank)". Like, "Wow, I just realized the key to having a successful life! I'm gonna write 10 steps on how to do it." (Whoa, now I'm starting to sound like Joel Osteen. If I put 40 steps, I would start to feel like Rick Warren.)

There are great minds out there. Some great writers put stuff out there that really challenge my thinking in an awesome way, but in reality, there's "nothing new under the sun".

Except for the Gospel. The Gospel really is the most mind blowing, radical story in the course of human history. A story that says there's a God, He came in human form, died on a cross in public shame, raises Himself from the dead, and offers forgiveness and eternal life for free. A Gospel that invites everyone from the Pope to the hookers on Times Square to experience Love. Unconditonal Love thrugh Jesus. That's one thing that doesn't change.
at 12:16 PM No comments: Links to this post