La-La Land Records has quickly become one of my favorite record labels. Each release they put out seems to appeal to pop-culture junkies from the 80's and beyond. Whether it's releasing the soundtrack for classics like Romancing The Stone, Die Hard, or Creepshow, they keep putting out special edition CD's that are must haves.

Here are some of their releases that I've had the privilege of getting a copy of: 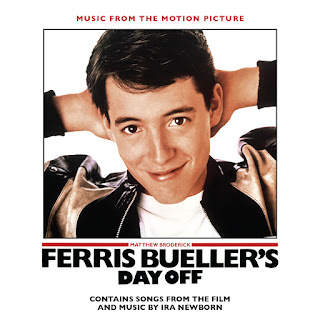 Since 1986, Ferris Bueller's Day Off has been one of the most beloved 80's films. Not only that, but it also contains one of the best soundtracks too. But did you know there was never any official soundtrack released for the film? That is, until La-La Land released one. This soundtrack is an absolute gem that contains every track that supported the movie, helping it to be the massive hit that it became. All the obvious songs like "Oh Yeah" by Yello and "Danke Schoen" by Wayne Newton are here. But it's also the random tracks that played throughout the movie like "Beat City" by The Flowerpot Men" when Ferris peeled out of the school parking lot after picking up Simone are here. Along with the songs that were featured in the film is the original score by Ira Newborn. Listening to this score again really takes you back to each scene. Like in the track "Ferris on Line 2" for example. You can truly feel the terror on Rooney's face when listening to this track. Overall, this soundtrack is a long awaited one that really delivered the goods! 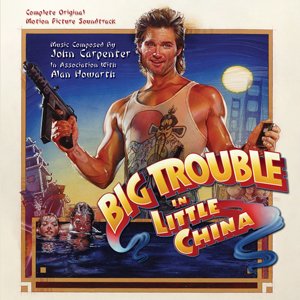 Who can forget Kurt's memorable performance in this 80's cult classic? I remember catching this when it was shown on HBO in the 80's. It was a wacky and fun adventure/sci-fi/comedy mashup that holds up til this day. John Carpenter & Alan Howarth’s complete score for the film is here on this remastered 2 CD set. Like most other releases by La-La Land, this one comes with a cool 20 page booklet that makes this a true collectible. If you love this film, then this is one to definitely add to the collection. 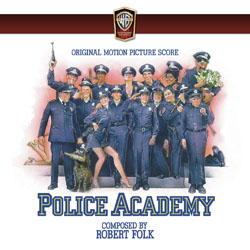 Another La-La Land release of a hard to find soundtrack is Police Academy! Those of us that grew up in the 80's were fortunate to have been able to see such zany comedies like Police Squad. The original score by Robert Folk was a huge part of what made this movie a hit. Each track on this CD captures the same fun and hijinks that were in the movie. This release is another one that most fans of 80's films will cherish. This one is a limited edition release, so try to get a copy while you can!
at 1:54 PM No comments: Links to this post